The main concern is ROD aircraft overflying the northern most part of our 2 Territories, NWT and Nunavut which makes up the Canadian Arctic Archipelago, plus its a Wildlife Sanctuary as well run by Parks Canada. Its recommended that the ROD will alter their bombers flight path away from our Arctic Territories.
Top

Please check the 74.3 parallel, ensure we don’t have a mistake. Greenlanddom doesn’t mind a mile or two, or a Km or three encroachment.
The CoC is allowing ROD and US overflights north of 74.3.
Chris
Top

Looking at our maps and cross referencing it with the 74th Parallel. if the ROD Bombers has to go to Greenland in that Parallel to train. They will have to fly around Ellesmere Island, the very northern tip of Nunavut and from there, fly down over Greenland. CFS Alert which is on Ellesmere Island will track the aircraft from this Polar Guardian Exercise to make sure they stay on that flight path in order to avoid entering our exclusion zone in those areas of Nunavut.
Top

That is 5 degrees too far north. The 146 people that live on the Ellesmere Island may remain. We are ensuring the natural habitat and wildlife on land and sea in that region. Patrol boats move east-west along the waterway including a Type 23 FFG.

Im sorry, but the ROD are not allowed to fly inside our airspace in the Canadian Arctic Archipelago. They must take that round trip around Ellesmere Island. NC does not want to be a part in this Polar Guardian Exercise.
Top

The ROD aircraft will fly where we tell them to fly. Orders to our bombers are or no concern to NC. If you feel otherwise, please feel free to send some fighters up.
Redleg's Website: micropope.webstarts.com
Top

The Chairman of the UIN Security Council, from Bulgariadom, has called the meeting to order for two items of business.
1st Resolution of the Protection and care of land and water (hydro bio-mass) that extends west from Greenlanddom that is North of the parallel 74.3 all the way until it meets the Asian continent. Greenlanddom and the CoC are to monitor, protect, clear, supervise the area at and or above the 74.3 parallel. Submtted, accepted for disussion by the representative from Greenlanddom, second by Icelanddom.

The 2nd Resolution submitted by NC representative is asking the the UIN condemn violations of the NC airspace above the territory of the NC. We submit that combat aircraft have violated the airspace of NC above the Terraform of NC. 2nd by the EE.
.
Both topics are open for discussion following Roberts' Rules of Order, Newly Revised, ed 2019.
Chris
Top

chrisswim wrote: ↑
Wed Jun 30, 2021 12:33 am
The Chairman of the UIN Security Council, from Bulgariadom, has called the meeting to order for two items of business.
1st Resolution of the Protection and care of land and water (hydro bio-mass) that extends west from Greenlanddom that is North of the parallel 74.3 all the way until it meets the Asian continent. Greenlanddom and the CoC are to monitor, protect, clear, supervise the area at and or above the 74.3 parallel. Submtted, accepted for disussion by the representative from Greenlanddom, second by Icelanddom.

Discus all you want, vetoed by China, Russian, UK and the US.
Karmanaskis accepts that the overfly of its Island at 73N 141W was unlikely that of the ROD. Most likely originated and returned to Greenland.

All Military attache's in Karma are invited to attend the official naming ceremony of KNS Nakiska on Thursday, Karmas National Day.
Top

Cannot veto until a vote has taken place. There nothing to veto.
An island north of Alaska at 73 degrees North, 141 degrees West…. Interesting. No one lives there except some crabs, seals.
That island is directly north of central Alaska. You can camp out there if you wish.
.
Besides why would any one wish to veto this particular Resolution?
The Commonwealth is here for contribute to the common good of all, directly or indirectly. Besides, we know better, ask GS. He’ll tell ya.
.
Last edited by chrisswim on Wed Jun 30, 2021 4:03 am, edited 2 times in total.
Chris
Top

Over flight was a B-52 at altitude last week. Only weather radar on the small Island which is still mostly snow covered, pilots prob never even noticed.
No KDF on the island just a bunch of boffins. studying the Northern Canadian Penguin.
Summer works program to improve the dock jetty , fuel supply/storage, gravel airstrip and accommodation units.
Normally only populated for four Months in the Summer.
Top

Do what you will with that island north of central Alaska.
Chris
Top

The sub-committee of the Security Council approved the resolution for CoC to protect north of the parallel 74.3 latitude.
Referred to the entire Security Council for decision on the Resolution.
.
The Resolution concerning NC airspace violation by aircraft has been deferred, referred to subcommittee on International Transgressions to gather more data and information, to get the facts straight.
Chris
Top

The Moose Haven Police Department Sgt Roscoe, a 56 year old tried to apprehend the armor coming into the village of Lil Bethel, which was named after Big Bethel’s daughter. Lil Bethel is just outside the town of Moose Haven.

Sgt Roscoe, a police veteran of 35 years attempts to apprehend the armor forces of NC. 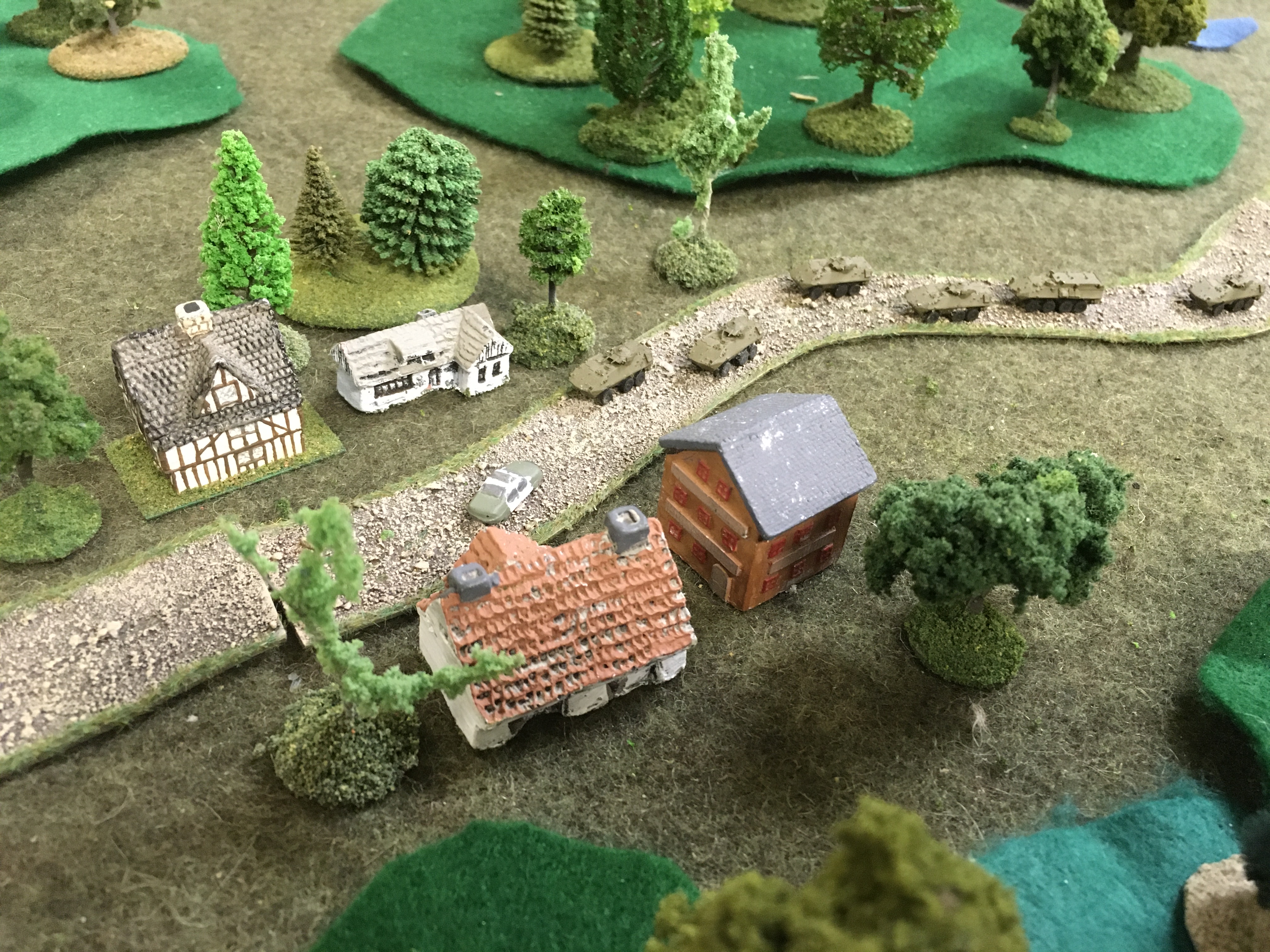 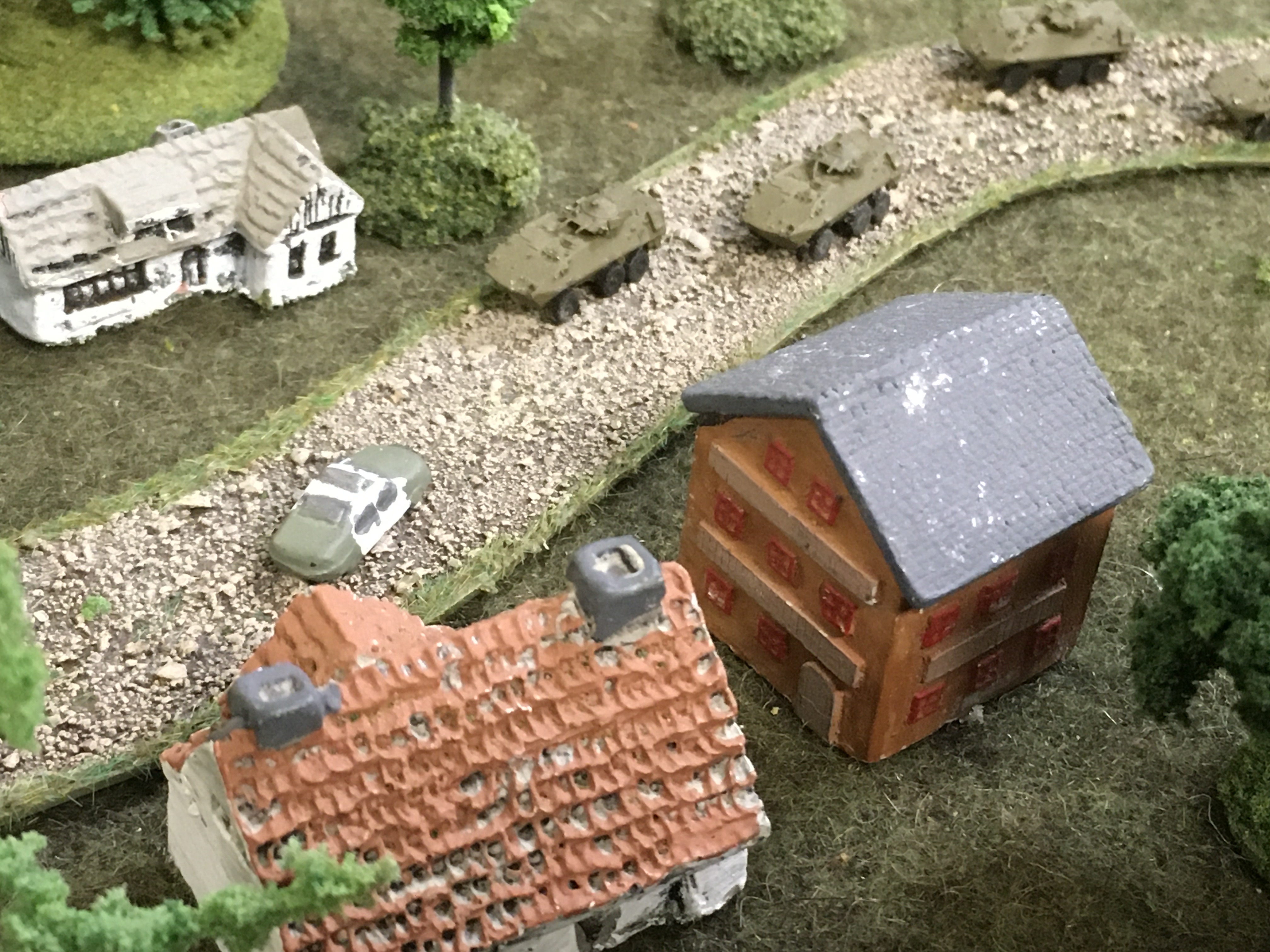 Ms. Charlotte who serves as the secretary-dispatch-operator and town gossip of Moose Haven was unable to receive the call from Roscoe due to NC jamming and that she was talking about Ms. Mabel at the Horton’s two doors down.
The attacking big armor was able by-pass Roscoe moving on to Moose Haven. 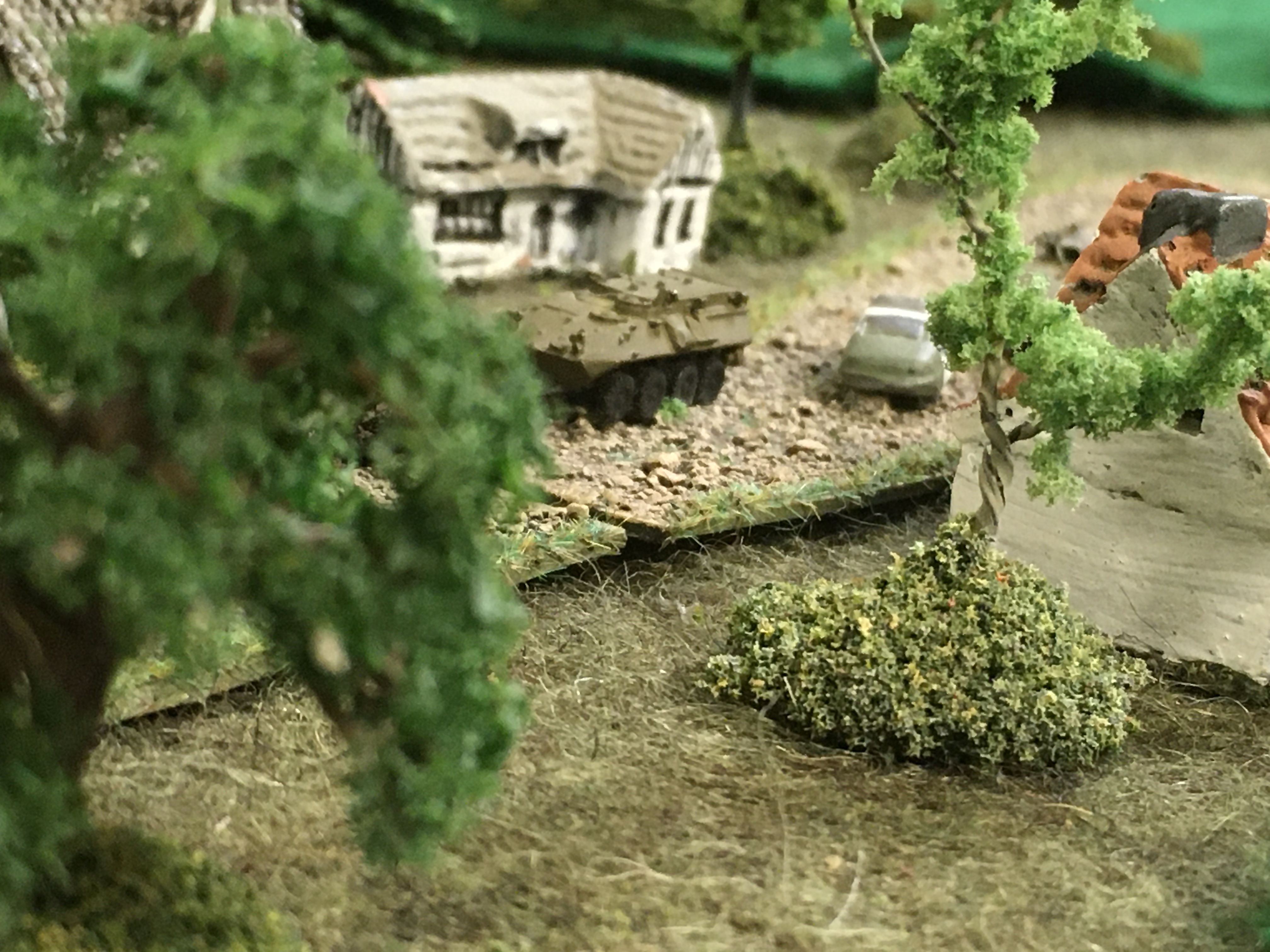 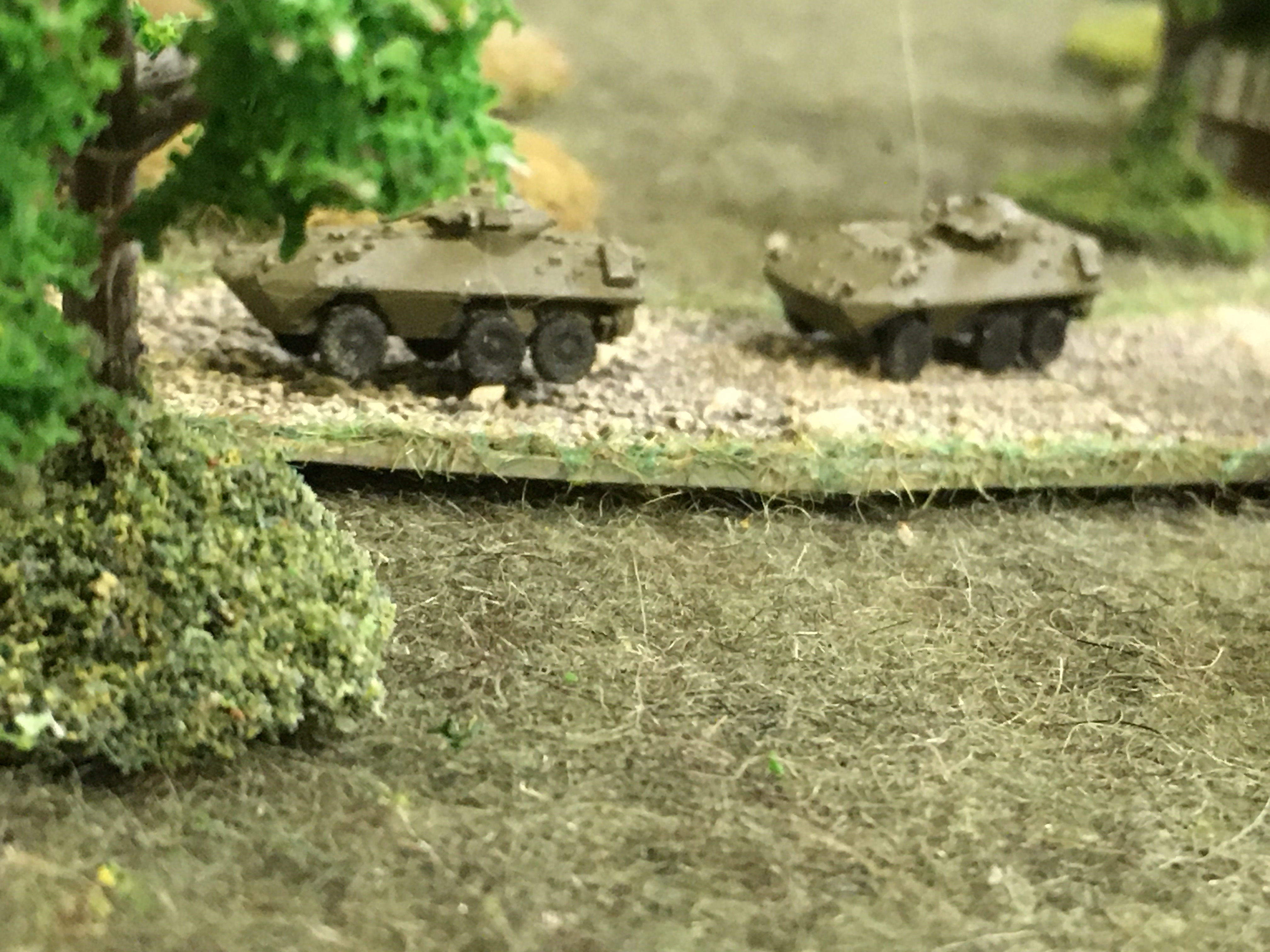 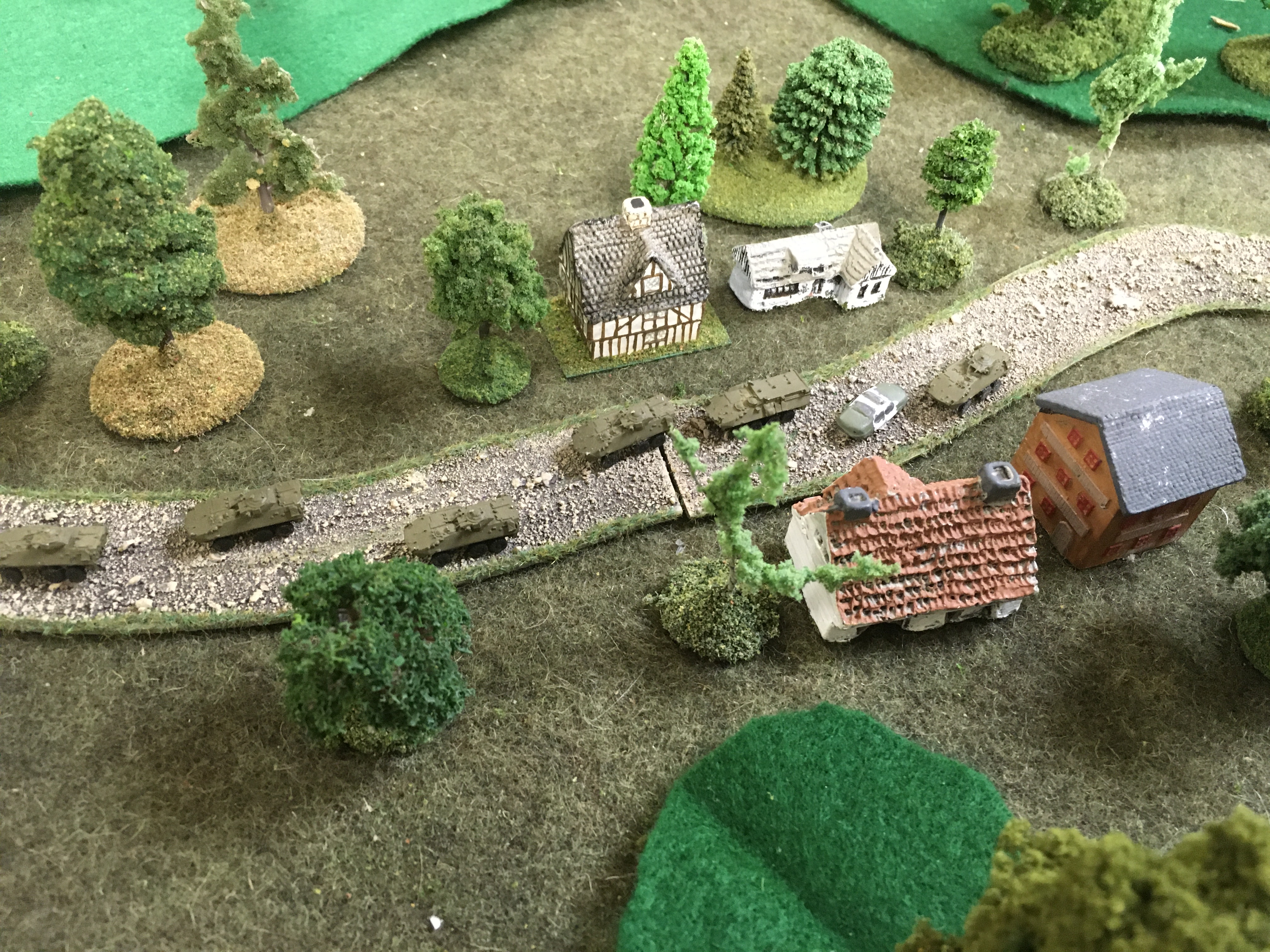 Several countries have made calls to Eski and Graham offering economic and military aid.

In other business by the UIN Security Council, the Resolution to have CoC to protect, monitor and defend the area north of the 74.3 Parallel was approved 12-0-5. 5 abstained from voting. This area is between Greenlanddom and the EE. Scientists and environmentalists are on ships to evaluate the terrain within 5minutes after approval.
Last edited by chrisswim on Fri Jul 02, 2021 3:40 pm, edited 1 time in total.
Chris
Top

Chris, can you refresh my memory please. Is Moose Haven on Eski mainland or Graham Island.
This is a very concerning turn of events.
KDF activity is at a nominal low in this area at the moment but we assess that no one in NC is capable of landing a good size halibut right now, let alone any of their (undeclared) S.F.
Last edited by 7.62 on Fri Jul 02, 2021 9:48 am, edited 1 time in total.
Top

Karma is totally Correct we cannot land a Good sized Halibut. Let alone any fictitious SF units. And there’s one more thing I may add, NC officially no longer has the Capability to train and operate Special Forces anymore as we demolished our SF training facilities.
Top
Post Reply
526 posts