Even more surprisingly, proofed for use in roug seas, so you CAN conduct landing operations, after all.
All blessings flow from a good mission statement.
Pogo was right. So was Ike.
"A Gentleman is a man who is only rude intentionally." (Churchill)
Top

panzergator wrote: ↑
Fri Oct 01, 2021 8:35 pm
Even more surprisingly, proofed for use in rough seas, so you CAN conduct landing operations, after all.

Maybe I should have put the Invasion on hold until I can get the proper ships for the Amphibious Force, instead of relying on Converted Cargoships and a container ship. but im gonna solider on im hoping that this campaign will put NC as a major player.
Top

…. 5 years from now over 60% of the EE personnel will leave the military. Most of the rest will rotate to other EE units. By the time you sail to expel the EE half of your ships will be obsolete, ETA (estimated time of attack) in 2057.
Two units of EE participate in a parade in Istanbul. Glorious time.
Chris
Top

The Union Rep for the NC Military is calling for a boycott of the assembly of the attack force. The two divisions and ships need to head home. Danger pay has not began being paid. The troops need to return or set sail.
The EE snipers, the submarines, the planes, the nuclear missiles in EE inventory can kill lots of NC soldiers, kill thousands, tens of thousands of soldiers.
The morale is horrible. Sickness has increased 8.83% in Army units, while the Navy has experienced 6% increase in sickness recently. Two have taken their own lives in fear. Dr. John Hopkins said, “this affair will prove disastrous for the military of NC, for the nation. The psychological recent, the self-esteem of the citizen will be harmed for years. There is real fear that loosing ships, planes and thousands of men would be horrible. Hopefully the military will change direction immediately. Thus save lives!!”
Chris
Top

At the second best restaurant in Athens named, The Acropolis, about $130 USD a plate.
The NC military were given a fine cocktail reception prior to dinner. At dinner 3 to 4 dozen officer were sickened 17 died from poison. As this was going on 8 men with 5.45 caliber SMGs opened up killing many in security detail and another 30 officers. Dozens more were sent to hospitals, some life flight for quick surgeries. In port several RPGs were fired at patrol craft in the harbor by NC navy, hitting only two boats. Dead are unknown.
It is reported that all 8 attackers died at The Acropolis and 14 in the harbor. 4 were captured after being wounded in a boat riddled with bullets. Two died in the hospital. Only one is able to speak currently. Security is high, sirens are sounding for hours tonight.
Chris
Top

Redleg is not a fool.
All blessings flow from a good mission statement.
Pogo was right. So was Ike.
"A Gentleman is a man who is only rude intentionally." (Churchill)
Top

In Athens at the airport, a Spetsnaz was apprehended, detained, questioned. Being held by Greek Army.
Belief the dozens, hundreds of Spetsnaz personnel are in or around Athens. Advisory is for civilians to report any suspicious activity. When that announcement was made within hours hundreds of calls came in. Greek authorities are instructing all NC personnel to report to their command. To stay out of the public, to stay on base, on their ship, etc.
.
(Private discussions are taking place within the Republic of Greece, the topic is hosting the NC many be a horrible idea. May get worse. The EE military is offering more parts for the 4 Zubrs the Greece has and two more Zubrs to be transferred within weeks.).
.
“** CENSORED **, Action News with Shelia here in Athens. It appears the NC Commanding General was not in attendance at the ‘fine’ Acropolis Restaurant, despite all other senior officers. Initial reports is the he was tied up have an affair. A person is offering to sell a private video for $100,000 USD minimum, of General Henry, CO of NC Corps. No further information was provided about the video. A caller did say they are offering the video for a million to NC Government. It sounds like an Urban activity.”
.
“EE announced that there is a flotilla of warships that is planning to leave the Black Sea to head to the Aegean Sea. Security is extremely tight in Turkey, the Borphorous Straits. Plan is to blockade the NC fleet in Greece, if they leave port, to sink each and every dang ship. Admiral Yugoff said, “we will smash them, knock ‘em all down.” That comment is strait forward, blunt statement of the intent of the EE Navy.”
.
Shelia continues, “unconfirmed reports are that SU-24 and TU Blackjack aircraft have landed in Turkey at undisclosed airbases. Commonwealth ships are moving away from all EE and NC forces, shipping, etc. There was a Burke Class DDG of the Commonwealth that reportedly identified an EE. submarine in the Aegean Sea. The DDG moved out of the area, supposedly to reduce risk of an accident or encounter. In the past during conflict the CoC would prosecute a submarine, but the CoC and EE are not in conflict at this time. Times are changing.”
.
“Next we have a few comments from NATO Naval Commander from the Netherlands, Adm Heimskirk, who said ‘the NC military wants to establish itself in the new world order as a major military power, perhaps a superpower. With under 30 million people that will be difficult to do. Their leadership is head-strong which has both advantages and disadvantages. In my opinion, NC should take a look at Field Marshall Montgomery, who did not know his strengths and weaknesses. IKE led the Allied campaign on the final push into Germany, as the US had 2/3 of the manpower in ‘45. NC should understand their role. I have enjoyed working with the NC, look forward to work with them in the future.’” Shelia continued, “thank you Admiral.”
Chris
Top 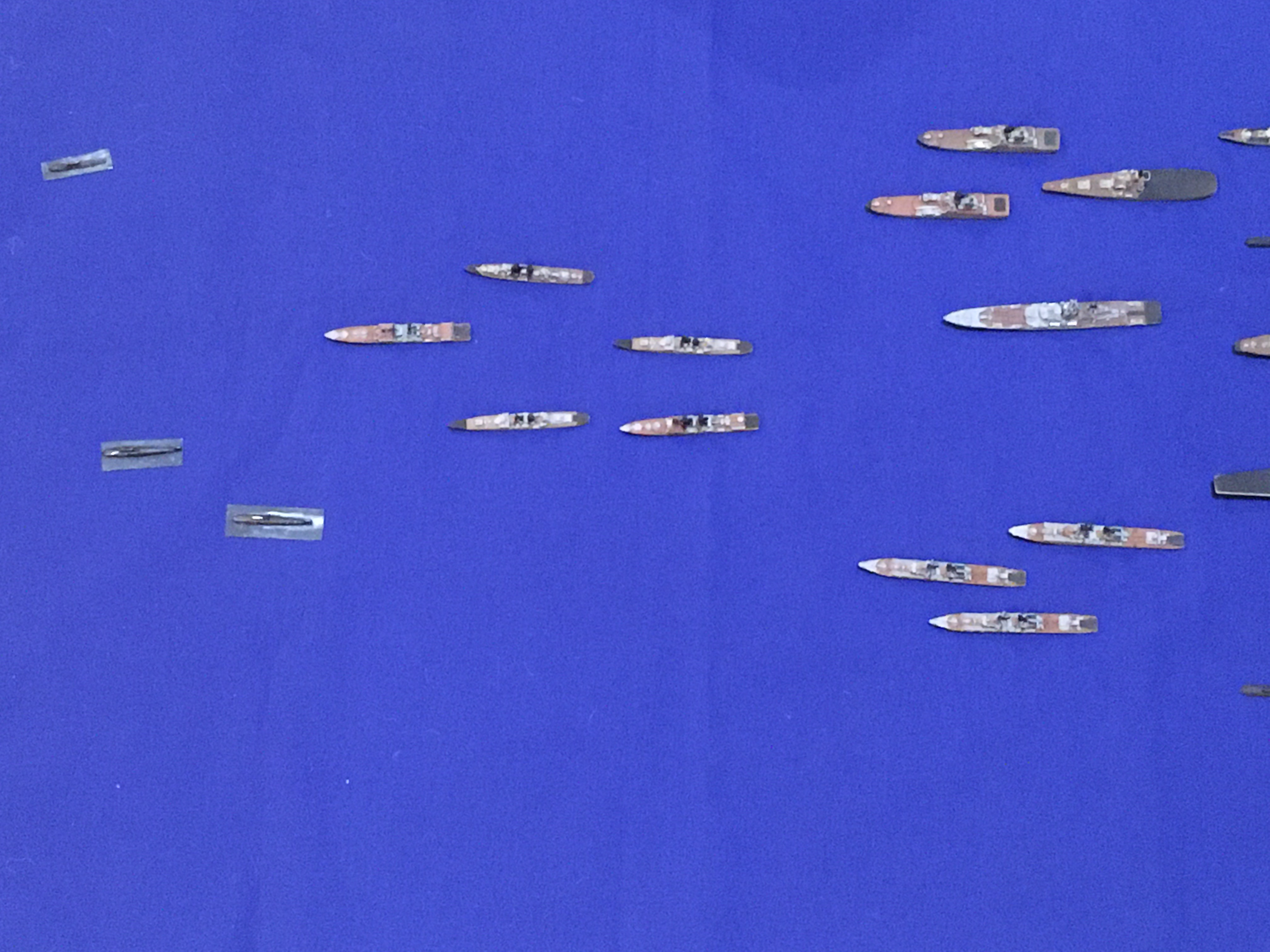 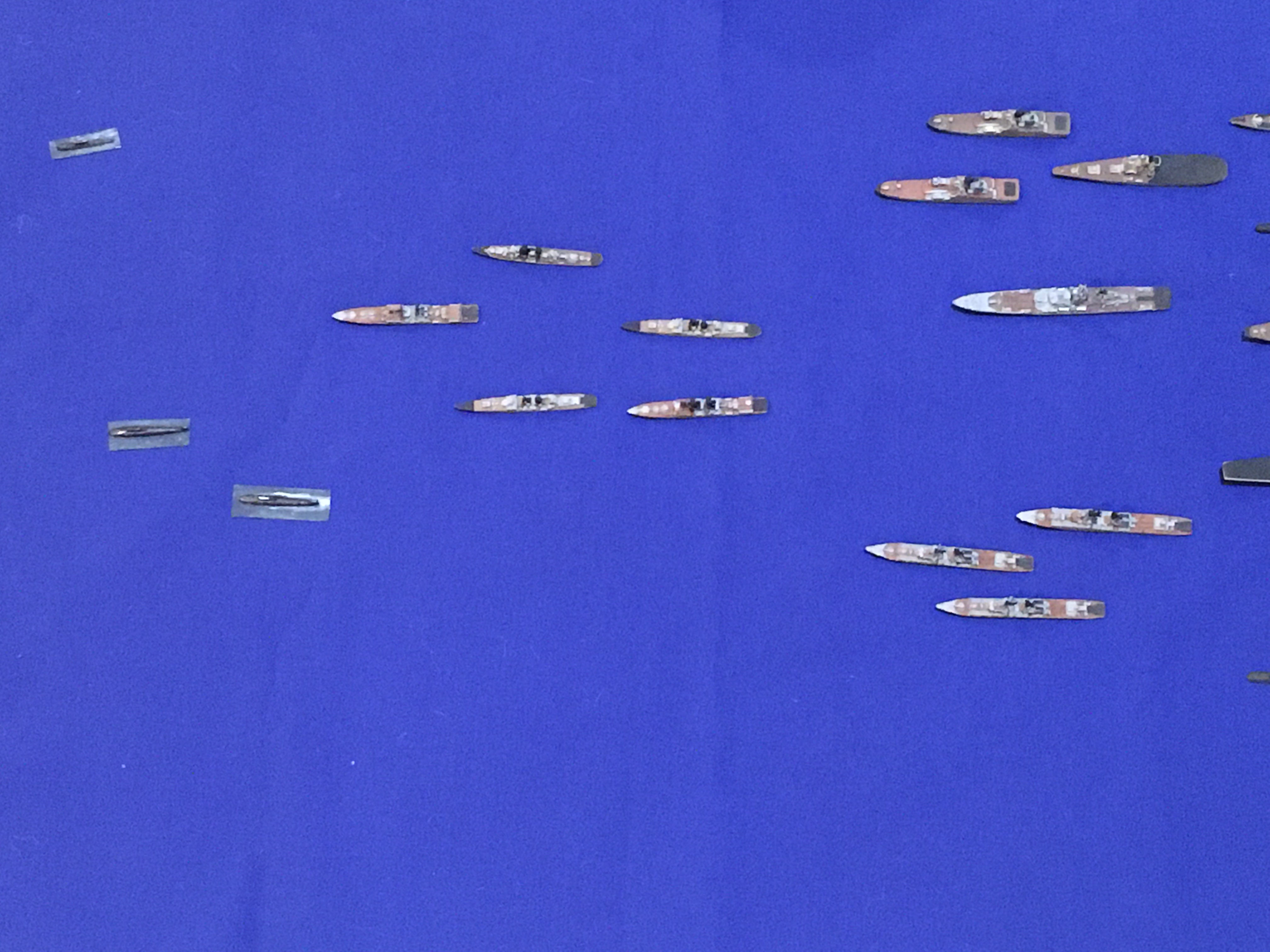 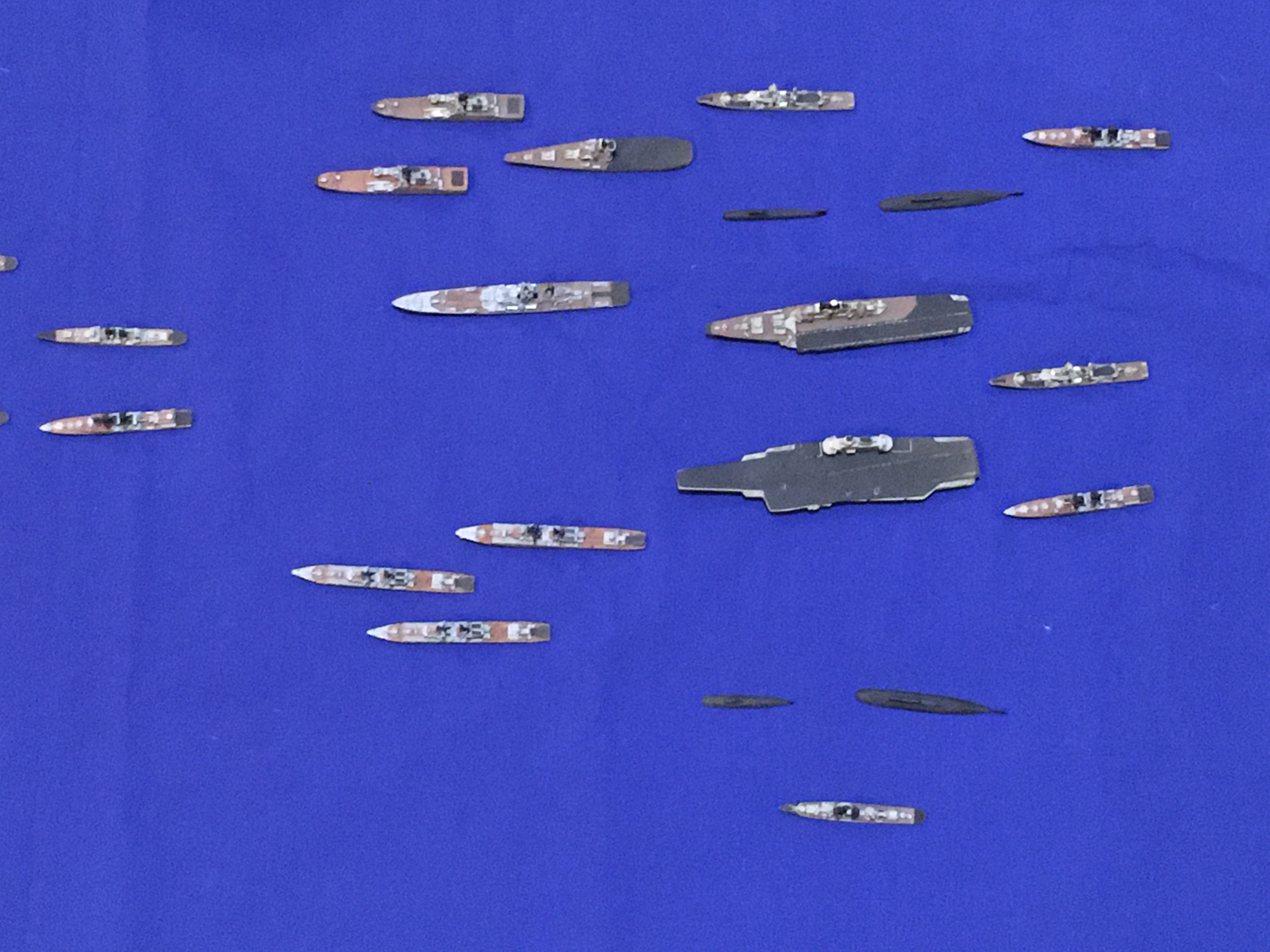 Evaluation by the CoC Naval Review, “the images are just thermal, digitally enhanced images of a normal training sojourn with the Black Sea. I think the EE Task Force is very concerned about the NC Task Force. The EE is just protecting the Black Sea.”

What do you think?
Chris
Top
Post Reply
1756 posts