Thank you very much, again, Burt! Yeah, my Karl Morser is definitely on the back, back burner as well. I think they look great painted up but can't afford to change gears right now.

I just finished a second company of Russian infantry although I still need 1 platoon and 1 company HQ stand to really have it done. I am now shifting gears to paint some terrain pieces including a couple of GHQ French style buildings for my France '44 project. I will be making some paved roads and bridges for my streams and rivers as well.
Top

Here are a couple of pictures of my desert paved roads I completed a few months ago. I will be doing the same for some paved roads for NW Europe. I will also be doing some bridged river and stream hexes as well. 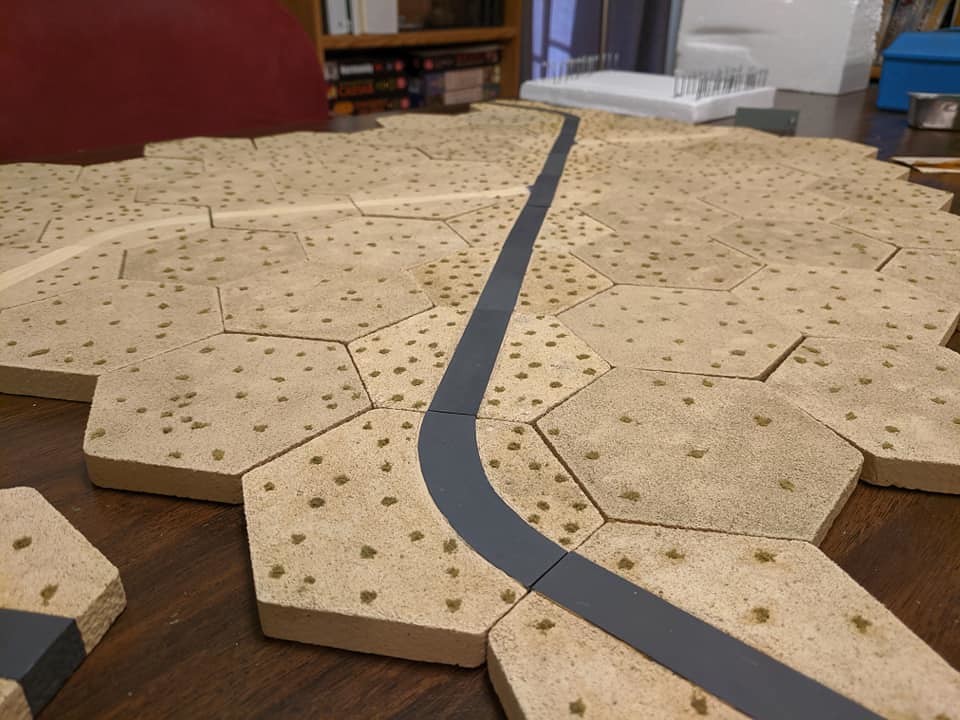 That's great looking terrain, Pete! I would go to Arizona just to have my micro armor drive down that road!
Time on the recce is time well spent!
Top

Thank you very much, Redleg! If you make it out to Phoenix way one of these days, please let me know.
Top

I basically finished off my second WWII Russian Rifle Company on Saturday. Yesterday, I spent some time doing refurbishment on some of my already completed Russian support weapons. I had to re-glue a couple of guns and a couple of crews that had gotten knocked off their bases plus did some minor paint touch-up and then sprayed some Dullcoat on top. They are now ready for battle.

I finished these probably at least 10 years ago but they still look decent to me. The gun crews for the 45mm AT guns and the 76.2 Infantry Guns are actually American crews painted to look more like Russians. GHQ does not make their kneeling Russian crew figures in summer dress.

Here are a few pictures. 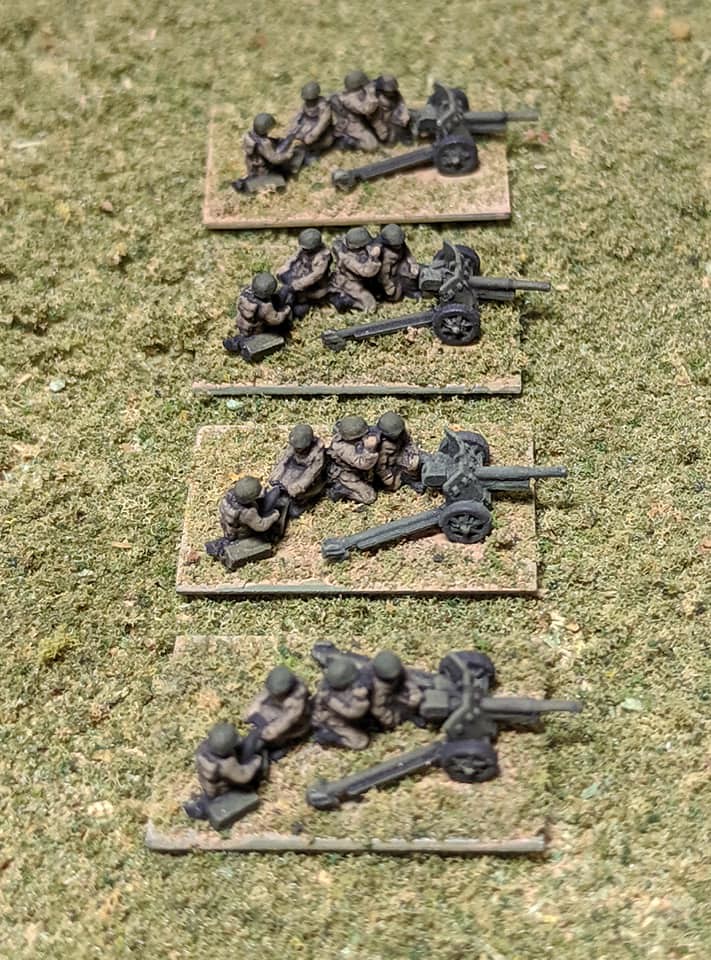 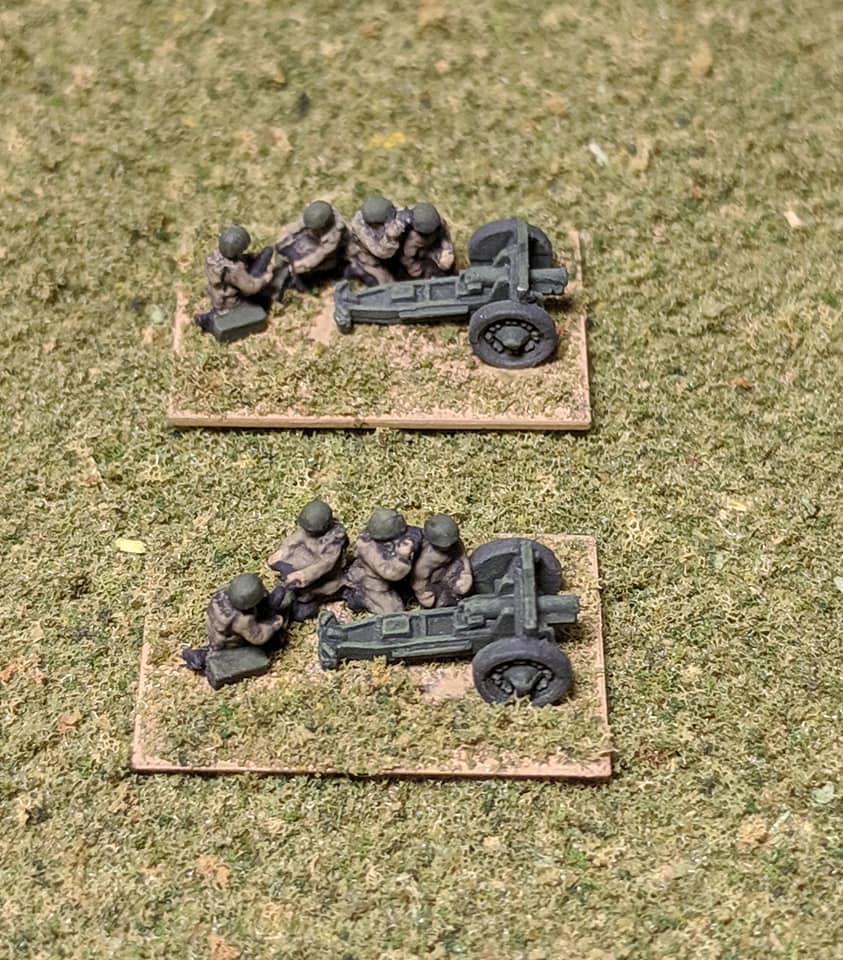 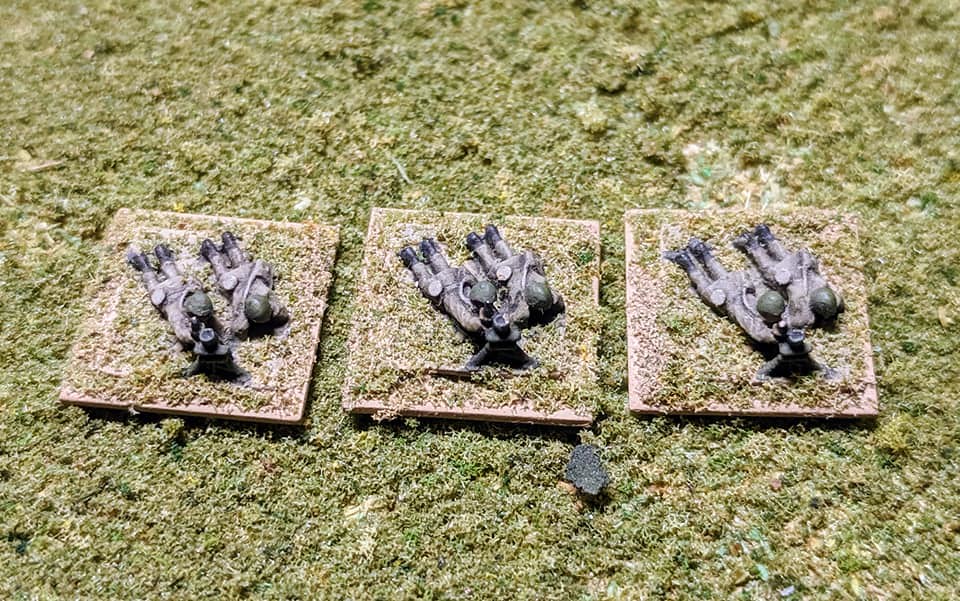 I do wish GHQ had added a second crewman for their medium machine guns that came in the Russian WWII Heavy Weapons pack.
Top

On my last post here, I accidentally included 2 photos of my 50mm mortars. Here are the medium machine guns that I meant to include. 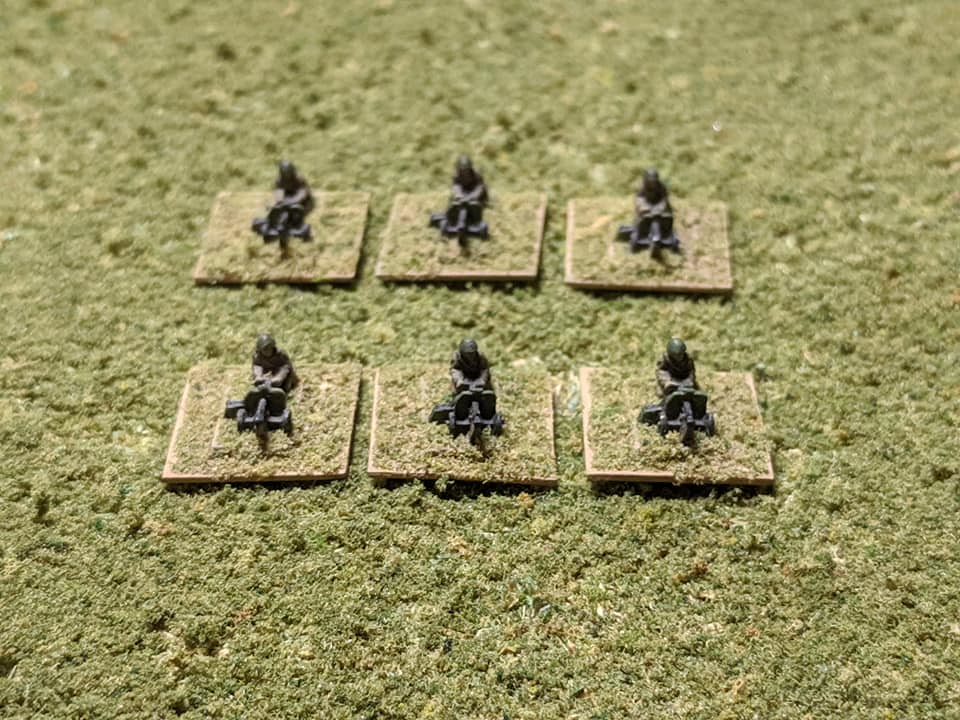 Those are awesome Pete! Fantastic looking mortars and machineguns!
Time on the recce is time well spent!
Top

Thank you very much, Redleg. I am working on some terrain items including buildings.
Top

After finishing my WWII Russian infantry for now, I have decided to finish off some terrain projects that I had started on. Here are my GHQ WWII French style buildings. The first two are my newly completed Inn and Cottage. The others are a small dwelling and small barn that I had completed several years ago. 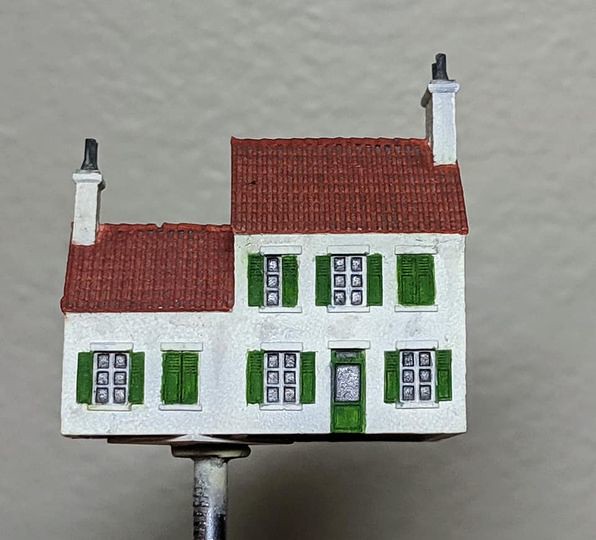 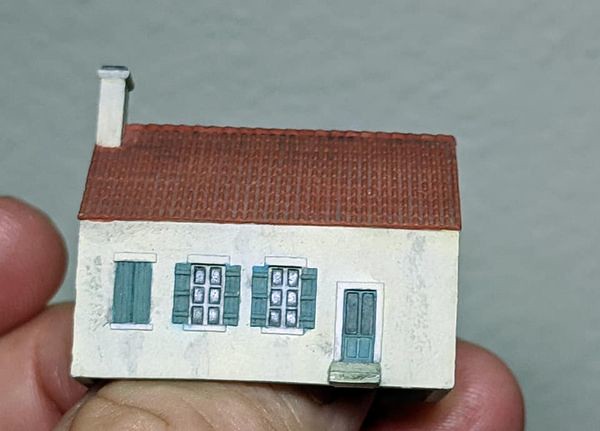 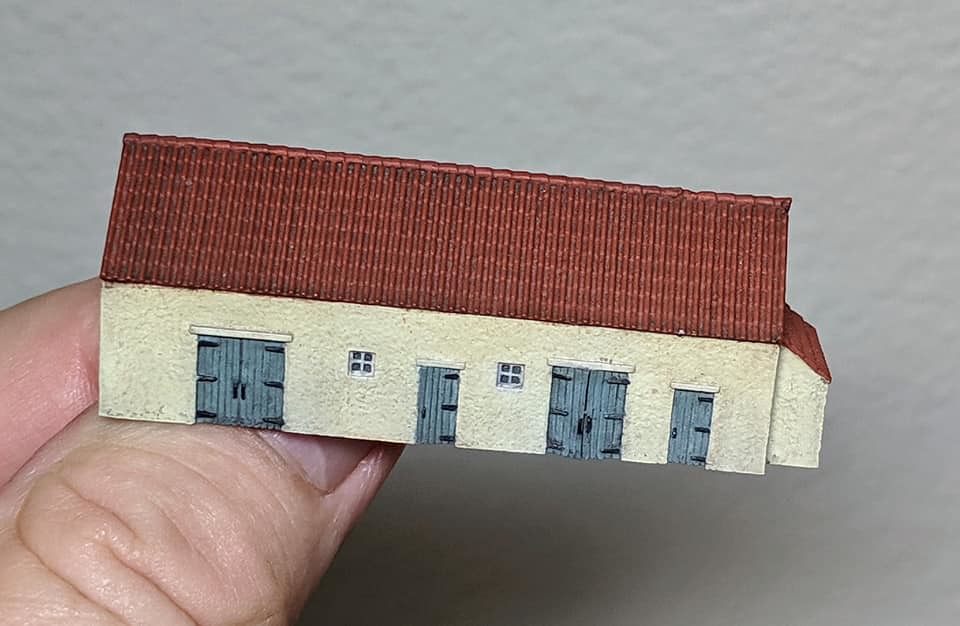 Those are fantastic Pete! Amazing detail! How often do you lay out a whole village or town?
Time on the recce is time well spent!
Top

Thank you very much, Redleg!

When playing most games, I will have a few scattered country buildings and maybe a small village or two consisting of several buildings grouped together.
The largest group of buildings in any game we have done was 5 years ago when we played a Battle of the Bulge game. This was the German 2nd Panzer Division assault on the town of Marnach on December 16th at the start of the offensive.

Below are a few pictures of that game with emphasis on the buildings. 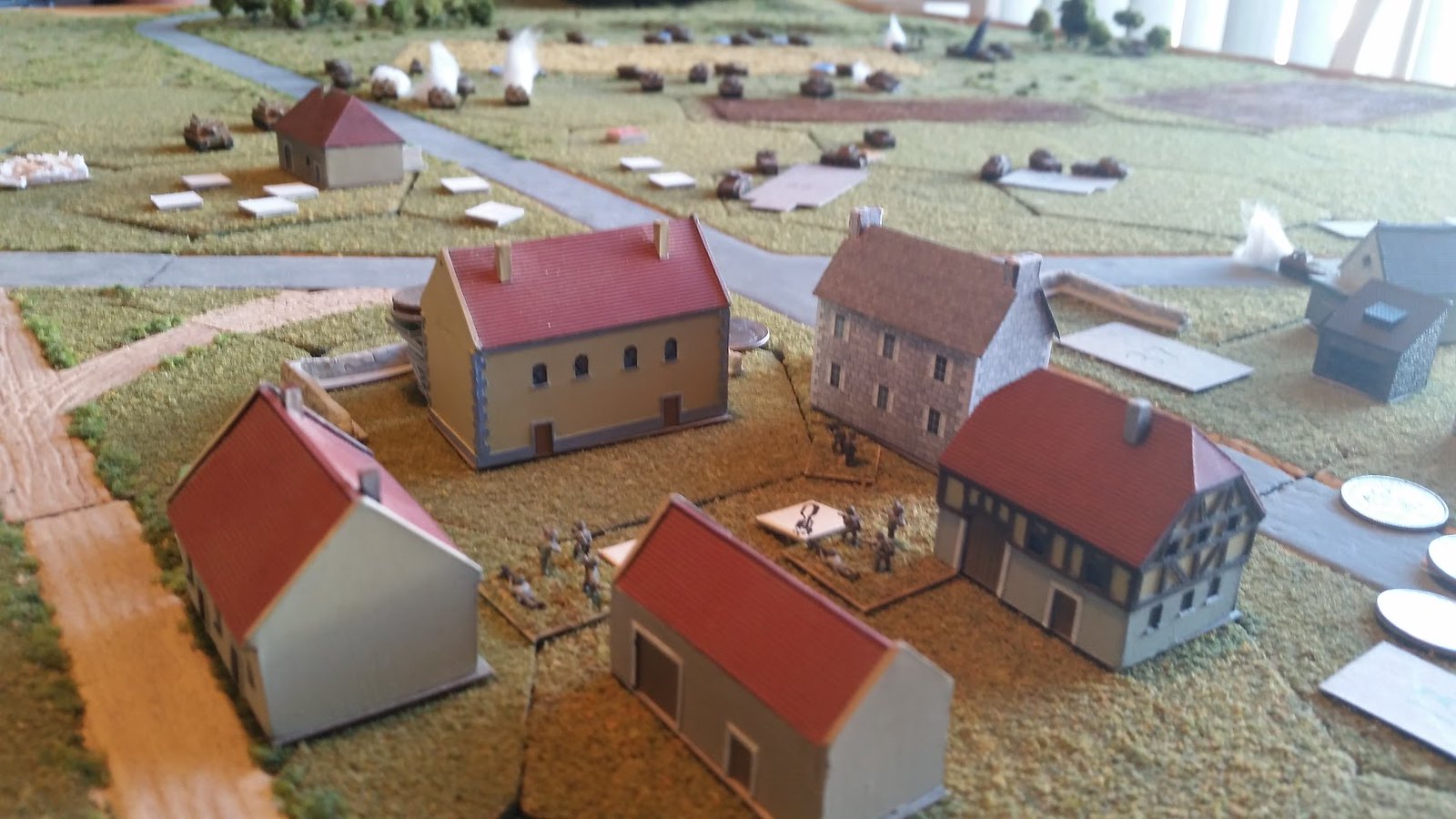 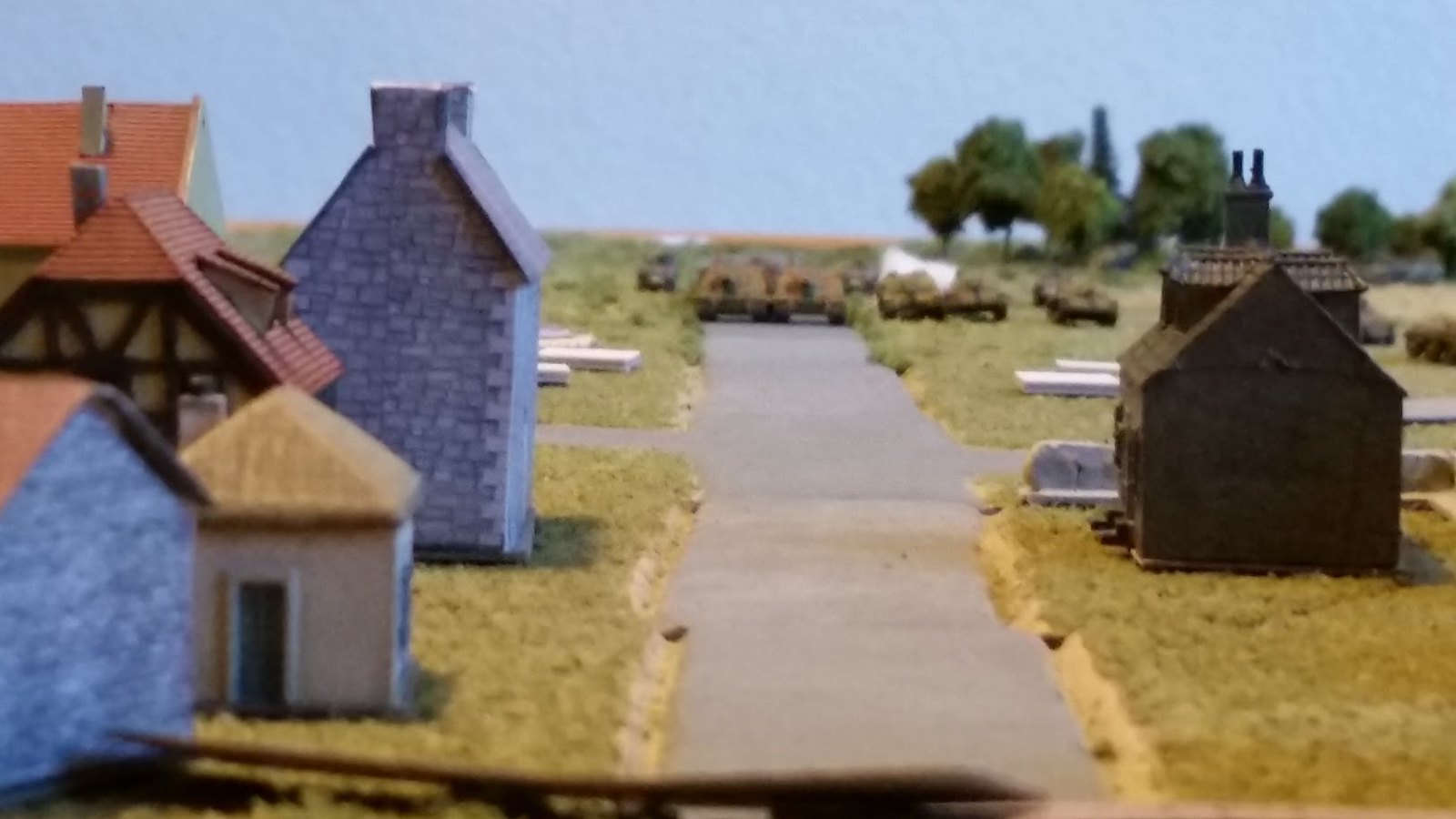 We used a large variety of buildings for this game. There were some by GHQ, Architectural Heritage, CinC, and some other miscellaneous and even some paper buildings.

Eventually, I would like to create an actual town area with footprints for the buildings so they don't look like they were just thrown down on the grass. That project is down the road so to speak.
Top

Your terrain is always fantastic Pete! I love that shot looking down the road!
Time on the recce is time well spent!
Top

Pete,
If only my Italians looked so good. Great job! I'll keep working on my technique.
John
Top

Thank you both very much, Redleg and Reggia Marina!

I do enjoy working on terrain and it is a nice break from painting little tiny belts and faces on infantry. Don't get me wrong, I do enjoy painting infantry and vehicles and need them for my games but I also need terrain and overall, it is a bit more relaxing.

I am currently working on a couple of Eastern European buildings I have had "in progress" for several years now. I hope to have them done next week and then maybe move on to doing some roads and bridges next.
Top