Buenos Aires
Shelia reporting for WSE-XY News .....
There was an assassination attempt on the delegation from the People's Republic of the Northwest. A more than dozen shots rang out in quick order this morning. A local police officer died along with a Junior level Trade Officer from the PRNW, his name is being withheld pending notification of the next of kin. The shooter was shot and killed by police with return fire as a man on a motorcycle rode away quickly, he is a suspect. A search is ongoing to find more information on those responsible for this horrible act of terror.
Chris
Top

A joint statement was made today by both the Argentine Government and the RPNW. In this statement, it was announced that the individual that fled from the scene was apprehended at a local hospital where he sought medical attention for gunshot wounds. It was quickly determined that this was the work of local Gangs trying to kidnap someone for ransom. It was further determined that the gun men mistaken the delegates convoy as that of a corporate CEO who was believed to be in the area.
Quantity has a Quality all its own.

Buenos Aires
As security forces were reviewing the data collected from cameras from the shooting this morning. A van was seen pulling in a before the delegation was entering the hotel with some fanfare. The motorcycle came up to the van, a shoot conversation took place, then the two on the motorcycle went a block down the street. The shooter got off, bent over pulled a rubber raincoat out of the saddlebag on the side of the motorcycle. As the shooter approached, he appears to have gotten very nervous to the film footage. Put his hand on the submachine gun pulling it out. The van pulled up, the sliding door opened and almost closed as two men got out of the back area and one got out of the passenger seat up front. The two walked towards the delegation from a different angle as the shooter...... the shooter started shooting, the 2 men froze form a moment. Then turned and ran back to the van hopping in and scurried off.
Authorities are looking for the van and the 4 unknow men for questioning as suspects. In the shooting. The gunner has not revealed any other information at this time according to authorities.
.
Several ships that were in the EE convoy have been loaded with boxes of fruit and other items. Mostly appears to be fruit according to the manifest. Engine and parts are also on the manifest. Two left port this afternoon empty supposedly heading across the bay to Montevallo, Uraguay for another cargo journey, supposedly to EE and one to Jamaica. The EE warships are still in port. Crews taking some leisure time in the area.
Last edited by chrisswim on Fri Jun 11, 2021 11:46 pm, edited 1 time in total.
Chris
Top

In Buenos Aires, the cargo I quickly offloaded and moved by truck out of the city. Small groups of young men, dressed in civilian clothes and with short haircuts, roam the port area harassing bystanders and chasing observers away. More than a few people get shoved, but there is no major violence and the police do not respond. The trucks head north on Highway 9, then split off onto different highway heading north and west, followed by the short-haired men in non-descript civilian cars.

The Argentine military has been alerted to the continuing threat posed by the Latin Alliance, but the response is mixed. There appears to be significant support within the military’s ranks for the Latin Alliance. Reports of barracks fights and altercations in the officer’s club have not been confirmed by military representatives.

It does appear, however, that many government troops do remain loyal to the Argentine government. Several police and military nits have deployed to the north, and others have taken positions inside of Buenos Aires. These are predominantly infantry units, but they have deployed small numbers of tanks and armored personnel carriers as well.

For now, the streets in Buenos Aires and Asuncion are quiet. 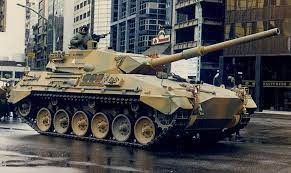 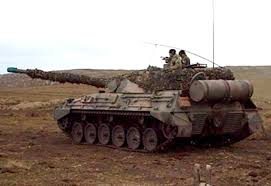 RPNW political delegation continues talks with the Argentine government. An Advance group moved on to the Paraguay capitol to prepare for meetings with there government. The Coffee clatch, as coffee company representatives have jokingly labeled themselves, have been traveling through the Argentine states. There trip has taken them through Etre Rios and Santa Fe. Later next week they will plan to visit Chaco and Formosa.
Quantity has a Quality all its own.

Word on the streets of Buenos Aires is that some Argentine Army troops went north to disarm the Latin Alliance militia groups, but they were massacred in the attempt. The rumor is spreading like wildfire, but the Argentine government is denying that any of its troops were lost. The government released pictured of several men in zip ties with sandbags over their heads sitting on the side of a road, under the watchful eye of government troops. The official government press release states that 20-30 militiamen were killed in the operation and that the leaders were captured and were being interrogated.
Redleg's Website: micropope.webstarts.com
Top

For any rebel or revolting activity in the Argentina, the UIN may wish to call on the Gator Nation to provide men & equipment for this cause of freedom.
He has the breath & depth of equipment and his soldiers are well trained. Panzer Gator, we need your logistical & military assistance. Thank you.
Chris
Top

Call til you can't fart. I ain't doin'it. If you overloaded your a**, you'll just have to trim your sales.
All blessings flow from a good mission statement.
Pogo was right. So was Ike.
"A Gentleman is a man who is only rude intentionally." (Churchill)
Give credit. Take responsibility.
Top

The U.I.N has signed a resolution to ask the owners of the GHQ forum to clean up all the spam that has been polluting the forum for quite some time.
Top

Karmanaskis lodges a formal complaint with the UIN following the overflight by a group of B-52's of the sovereign Karma Islands of Frigid (73N 141W Beaufort Sea) in the high Arctic.
We are unsure if the aircraft are US or ROD but we have it on film and they are almost certain a part of their joint Operation Polar Guardian.

The Islands of Frigid are in the Northern area of the contested continental shelf zone between the US and Canada.
Small in size there in no permanent population other than a small civilian research station, an abandoned mine and a poor 5,000' gravel runway.
Sea access is now four Months in the Summer, ice locked for the rest of the year.
Karma claims an economic area around the Islands but joins the US and Canada in a moratorium on fishing and energy extraction in the area.
Commercial sea navigation could become important in this area!
Top

The ROD Spokesman to the UIN is calling the Karmanaskis claim untrue and without merit. He produced a map of the north Pacific showing Eielson Air Force Base, the ROD, and the Bering Sea. He searched for Frigid Island for several minutes before pulling his cell phone out and Googling “Frigid Island”. After several more minutes he admitted that he could not find any information on the island, and therefor ROD military could not possibly be flying over it.
Redleg's Website: micropope.webstarts.com
Top

I only have to deal with EE, Yer Bouti, and some other annoying nation-states.
Great that Karmanaskis is in the Pacific.
Chris
Top

A similar concern has been noted by New Canada over the RODs flight in the Arctic Ocean as part of their Polar Guardian Operation, due to NCs Economic Exclusion Zones being in the Canadian Arctic Archipelago.
Top

What concern… give us more info NC.
Chris
Top

Anything north of 74.3 is territory of CoC. It is an animal, wildlife preserve. This applies to the Western Hemisphere.
Chris
Top
Post Reply
522 posts