Since this project will likely last a good few months, I thought I'd do a separate thread on it.

The conceit is this: summer, 1985 WW3 breaks out. The Politburo promises the war will be over by Christmas, with Soviet troops wintering in Spain. But the war does not go as planned, and drags on in to 1986, prompting wiser heads to comment "they never said Christmas of which year." A new reinforced tank brigade is being mustered and will be sent to a secondary front to hold the line as the major offensive is planned elsewhere. As a result, the high command has approved the use of camouflage for the new unit.

The story here is a friend downsized his collection, gifting me several hundred excess T64s. So what else to do with them but make a brigade at 1:1? but not just the tanks: I'm doing a complete unit. Aid station, decontamination unit, etc. So I'm going to end up needing a lot of trucks!

I have a tank battalion and BM-21 battalion completed. Loads of pictures can be seen here:

I started last night on the 1st battery of the 2S1 battalion: 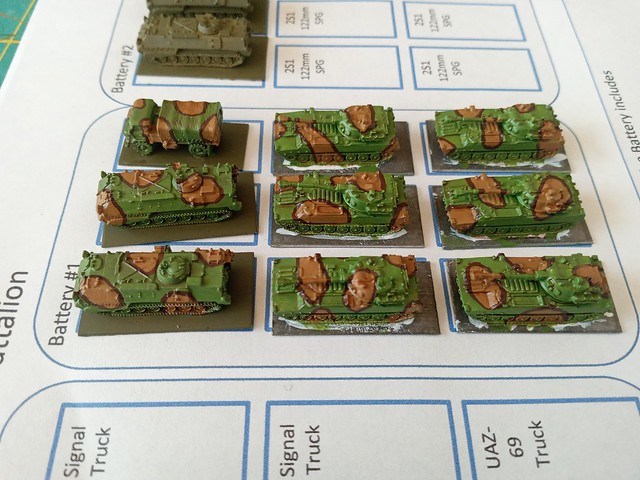 Looks like an enterprising and interesting project. Looking forward to follow-on posts.
All blessings flow from a good mission statement.
Pogo was right. So was Ike.
"A Gentleman is a man who is only rude intentionally." (Churchill)
Give credit. Take responsibility.
Top

Thanks. At this point they are about 70% finished. Up next are the details - treads, windows, search lights, or whatever on the vehicle would not be camo. I also do rust on tow cables and such. Then comes the edging - I prefer it to dry brushing over camo as it makes the camo pop on the table. And yes, I know "camo that pops" is a bit of an oxymoron!

Once the paint is done it's just decals and basing. 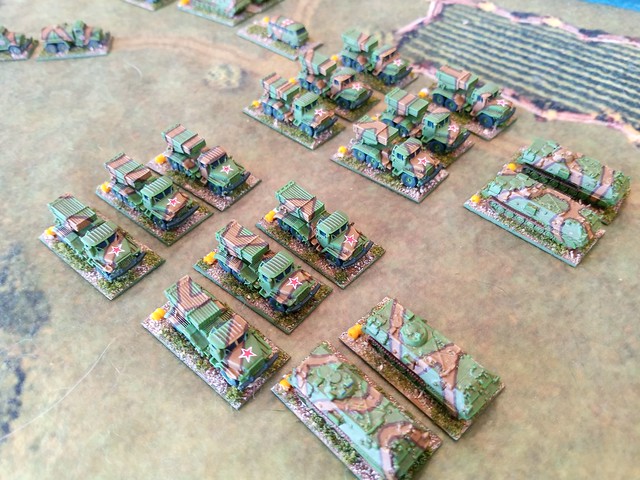 Nice battle group. Few pictures of everything together.
Chris
Top

I dig the organization charts, I may have to try and appropriate that, but my division are pretty big….maybe I can make it work. Since I like to eye hustle peoples work benches, what’s the trebuchet for??.
Top

Define pretty big? This unit once complete will have about a hundred tanks, and several hundred other vehicles. The org chart will take up several levels in my 12 x 18 storage boxes.

Pesky Saxons, you can never turn your back on em, especially in 15mm.
Top

Deleted
Last edited by panzergator on Tue Jul 27, 2021 9:59 am, edited 1 time in total.
All blessings flow from a good mission statement.
Pogo was right. So was Ike.
"A Gentleman is a man who is only rude intentionally." (Churchill)
Give credit. Take responsibility.
Top

Spoken like a Roman... or a Norman.
All blessings flow from a good mission statement.
Pogo was right. So was Ike.
"A Gentleman is a man who is only rude intentionally." (Churchill)
Give credit. Take responsibility.
Top

That's a beautiful unit, Mark! I love the backstory too - it provides a little flavor to your project. Lookin good!

I like the cards you have to organize the units too. Is that something you made?
Redleg's Website: micropope.webstarts.com
Top

Yes, the little cards are just something i whipped up in Powerpoint. In part so I can keep track of what purchases I need to make. I'm painting what I have for the most part, but as I tackle the various support units I'm at least buying the main kit - BMPs and so on. Eventually I'll get to all the trucks...
Mark Severin
Owner, Scale Creep Miniatures
Author DeepFriedHappyMice.com
Top 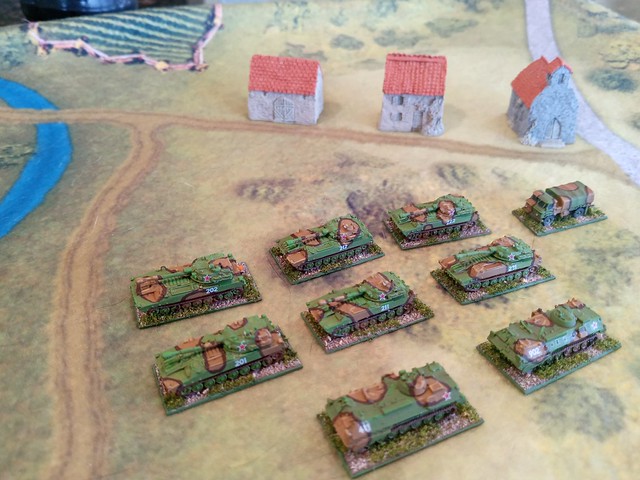 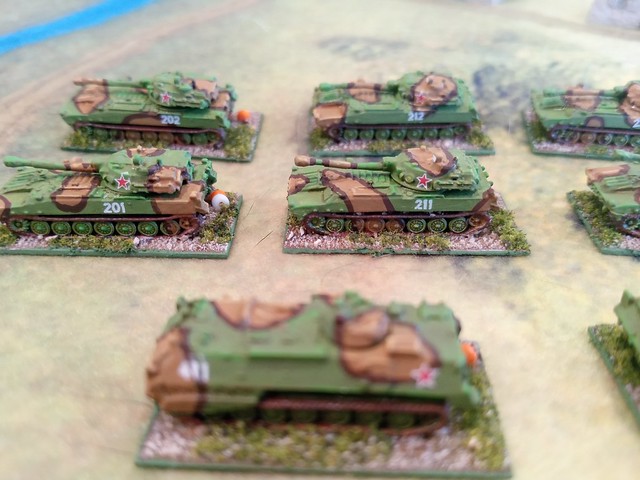 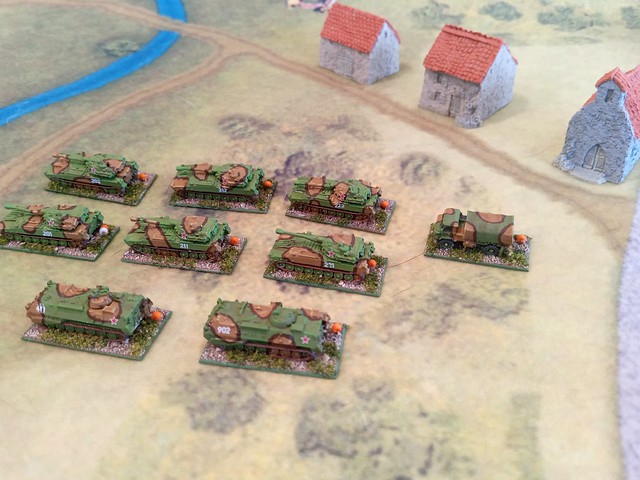 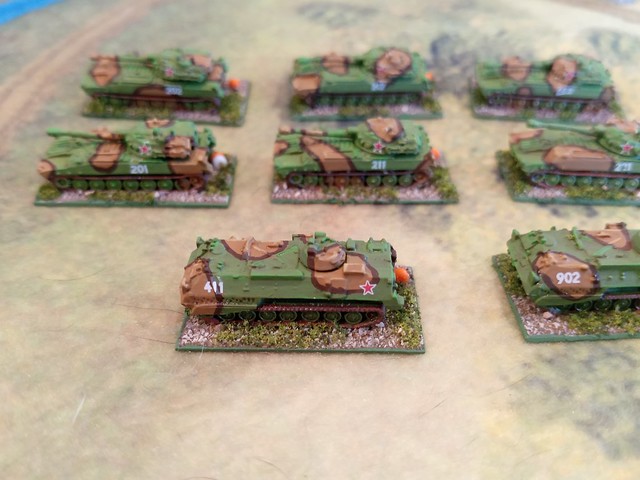 Although I see a lot more GAZ-66 in your future!

“A learning experience is one of those things that says, 'You know that thing you just did? Don't do that.”
- Douglas Adams
Top
Post Reply
103 posts