Barley Marley, why is Barley so important? Aren’t the great people of Karmanaskis growing Barley?
What are other issues that you may have to voice?
The Joint Base in the Hudson Bay that CoC is building, we are planning to continue to built it up to become operational next year. Progress has been slow.
. The CoC does welcome the leadership for Canada as chosen by the people. Real Canada for real Canadians.
Chris
Top

Canada does have an idea for Karmanaskis's Barley issue, it would require the creation of genetically engineered strain of Barley that will allow it to withstand harsh weather, and diseases.
Top

New Canada will like to establish an trade agreement with Karmanaksis to help with the shortages of barley.
Top

The Karmanaskis PM has enacted the emergency powers act due to the ongoing pandemic.
A nationwide lock down is now in place and borders are closed to all foreign nationals. Some flights are leaving with non Karmanaski's and Karma nationals may return if they can get a seat on the few flights still operating.
Until further notice all alien embassy and mission staff are restricted to their embassy and residence only. Travel out of the capital city area is off limits to all.
Parliament has been suspended and the KDF has called up some reserve units at the request of the Government.

In other news, the long running trade dispute with the USA sank to new depths today with Karma adding 45% extra duty and requiring all US beer to be marked as "soft drinks". This is in response to the complete weapons ban the US has been imposing on Karma for sometime now.
It is said to have had a dramatic effect on some of the KDF equipment usage.
The KDF denies any down grades in operational tempo.

The Armoured Battalion seen here in the South of the Country on exercise (the only place without snow it seems). 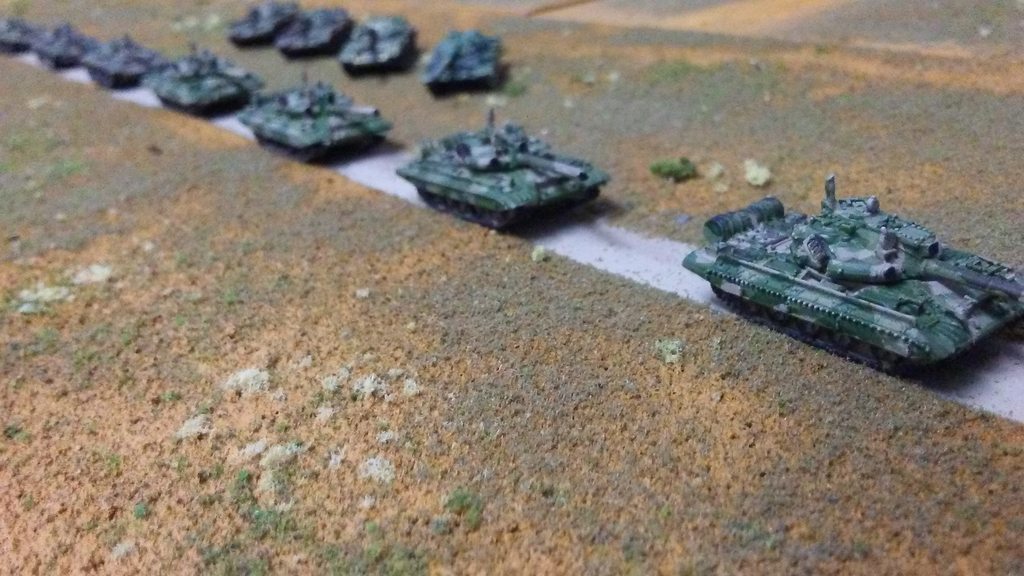 US beer should not be allowed to be called beer. It in no way even RESEMBLES beer. Yes, it IS yellow, but so is piss, to which it is much closer than beer.
All blessings flow from a good mission statement.
Pogo was right. So was Ike.
"A Gentleman is a man who is only rude intentionally." (Churchill)
Give credit. Take responsibility.
Top

I guess this is way Canadian Beer is much better.
Top

Shelia reporting for Action News on WSE-XY. The KDF have left their military reservations patrolling the Island Nation with tanks and other armored vehicles. No word about a training exercise has been released. All foreign diplomats are restricted to their embassy compounds and/or their homes. Most are not allowing their children to report to school expecting to be virtual in the new year.
These tanks were seen driving around with police and military personnel not being nice at all. 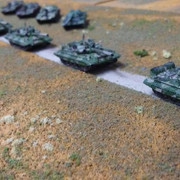 The KDF certainly has more armor and a larger, more professional military than NC. The ROD has a larger and more capable military as their reach is around the globe. Here at WSE-XY, Action News will keep you updated on further developments.
This is Shelia signing off.
Chris
Top

The Karmanaskis Ambassador to the UIN condemns in the strongest possible terms the disturbing provocations and warmongering actions of the Republic of Dalmatia.
We call upon the ROD to reduce it aggressive footprint in the Pacific NW.
This week the ROD assembled in the Northern Pacific the largest offensive fleet seen in this region for many decades.
The message sent was totally unnecessary but blatantly clear.
ROD media itself boasted that the 'formation consisted of 4 aircraft carriers, 3 amphibious assault ships, 4 cruisers, 8 destroyers, 5 attack submarines, 3 combat support ships, 332 aircraft of various types, 28,180 Navy personnel, and 2,407 Marines'.

Karmanaskis has long supported the notion of freedom of navigation but this is neither that or a simple Navy exercise.
The long held Karma policy of 'active defence' will be upheld and expanded to protect our region as required.
Top

New ROD carrier, the Maelstorm, observed in the North Pacific. It has a smaller new of escorts than usual, perhaps shakedown cruise. It was announced of a cruise just prior to the new year.

Here is a more recent photo of a multiple task force by ROD with a combined battle groups led by the TF 12 with Amphibious Group 3, with Carrier Group 15, 10, and 11. Further recon flights from Greenlanddom over the Arctic may continue.

The ROD finds this concern over it's naval activities laughable. We are simply conducting routine exercises in the area, and we assert our right to hone our skills in international waters and to prepare our forces for defensive military action.
Redleg's Website: micropope.webstarts.com
Top

ROD, sail that task force over to NC to tell the mildly paranoid NC (with some justification) and then Karmanaskis with complete paranoia (with no justification).
There could be a rich response.
BTW we know several times that your SSN had tracked a several attack SSN and our Freedom Class SSGN on at least 8 occasions, probably more. At time we knew ASW aircraft were trying to find our SSGN and SSN.
We enjoyed tracking your ships and subs as well.
Chris
Top

Karmanaskis respects the Gator States no nonsense independent and nonaligned position on World views.
(just to be clear Karmanaskis is not aligned or allied with the EE or anyone else, we just do business when we find it in our interest).

Karma believes it would be a great counterbalance against hegemony and advance stability, if the GS were to take it's rightful seat on the security council of the UIN.
We are not talking about military deployments but more of a calming influence of a veto power on decisions made by the UIN.

Karmanaskis seeks nothing more than open fair diplomacy and trade for all, absent of outside pressure and coercion.
In this regard Karma is looking to decommission some old SS-11 ATGM (GHQ). We believe the GS Army may have the infrastructure to help us with this.

So how many GHQ SS-11 would it take for the GS to sit on the security council?
Top

A, that would be a bribe... Aside from the fact that the GS recognizes the UIN to be a tool of CofC, sitting on the UIN in any capacity would impinge on the GS freedom of action p, as well as indicate a measure of approval of CofC and its minion. I admire George Washington and his guidance regarding alliances. Contarily, GS also recognizes that democracies need coalitions to wage effective war.

The Gator State appreciates the offer but must refuse.
All blessings flow from a good mission statement.
Pogo was right. So was Ike.
"A Gentleman is a man who is only rude intentionally." (Churchill)
Give credit. Take responsibility.
Top
Post Reply
529 posts